How can Agile culture grow? 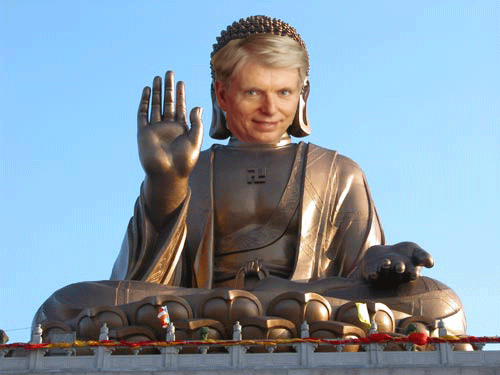 Since the late 19th century when Marconi started patenting other people’s ideas innovation stopped being collaborative and become competitive. The competitive culture spread top down, introducing formality and controlling methods to keep the top at the top and those at the bottom doing what they were told. In the 21st century agile teams are challenging the status quo and changing the way we think about work. For anything to grow it needs a friendly environment giving it the strength to fight off predators. In this post I look at the various environments we work in both real and in my dreams and assess which provide the sustenance for Agile to grow and spread.

In traditional corporate culture when software projects fail Managers turn to the team in an attempt to find something or somebody to blame. When the smart team, who spend their time learning about better ways of doing their job rather than looking for people to blame, tell their manager they have a better way they are often given the opportunity to try. Motivated by this freedom it’s not hard to make an improvement. A smart organisation will take note of this and begin to learn from the underlings. A dumb one will protect their positions with lame excuses and continue as before until their business goes extinct and their smart developers move on. #limitedwin

A group of like-minded agile developers, read @ericries,  start a collective, build something great, disrupt a market, except no outside money, sell out, do it all over again. It’s the rock’n’roll of software development . Agile spreads by natural selection as they wipe out their competitors one by one #yesplease  (until the bigcorp realises whats happening and uses their huge muscle to crush them #horriblereality)

Started by some opportunist entrepreneur and funded by short-term VC’s the pressure is huge. Agile dies a swift death. The startup will probably get sold to Tesco or meet some equally horrible fate #fail

Big corp have the money to bring in smart people to help them beat the competition. They struggle to change but may just have the vision and determination to see it through. Unfortunately the divine right of the shareholder forces them to focus on short-term cost cutting and mass redundancies destroy the good work. It takes time to develop teams that collaborate well and this requires some stability #likelyfail

So where can we find happiness at work?

Well it’s a hostile environment out there for a fun-loving, segment disrupting agilista, but we’ve been fighting the status quo too long to give up. What options do we have to change our environment?

Ok so lets build an army and take up arms against the evil fat cats? No? OK then #fail

Lets replace Religious Education (R.E.) with the missing link in human evolution “Collaboration and Facilitation Education (C.a.F.E)”. Apart from improving the workplace, C.a.F.E could help in other important areas such as World Peace and Family Breakdowns #terawin. All the money saved could go toward building an enormous icon of Jeff Sutherland (see pic) #fail

This post may be tongue-in-cheek but the problem is real. We need to keep things simple, the problem may be complex but the solution doesn’t have to be. Agile makes work satisfying because we become effective and brings happiness because we are fulfilling a human desire to collaborate. We only ask for a simple change that: Teams have a fundamental right to determine their own way of working and we can take it from there.

Error: Twitter did not respond. Please wait a few minutes and refresh this page.